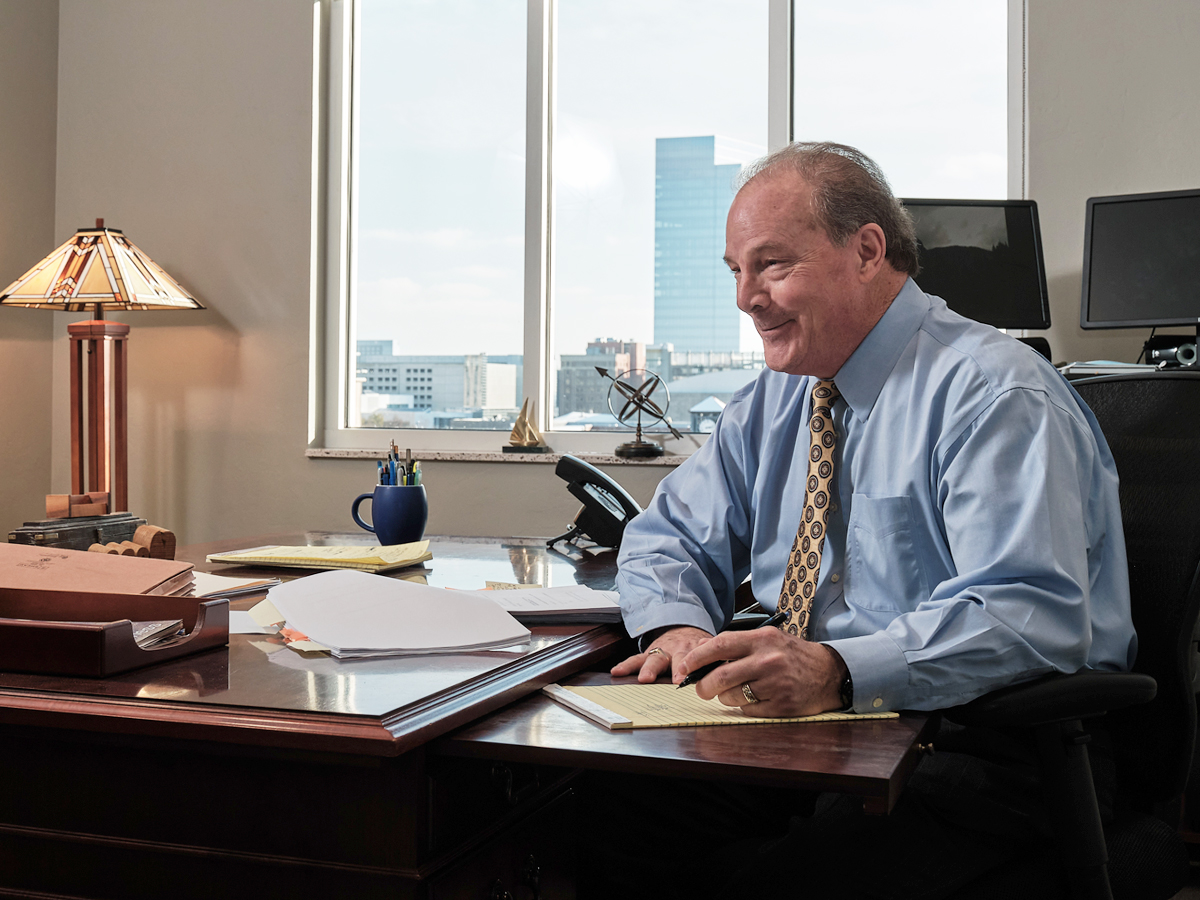 Marc was born in Altus, OK. He graduated from the original John Marshall High School in Oklahoma City. He then successfully pursued an undergraduate degree in Political Science at Central State University as well as his high school sweetheart, Cindi, before attending night law school at Oklahoma City University.

While in law school, Marc first worked as a Deputy Court Clerk for the District Court of Oklahoma County, serving Judge Byron E. McFall and Judge Arthur Lori Rakestraw, then as Bailiff for Judge Robert D. Epperson, and then as a licensed intern for the City of Oklahoma City’s Municipal Counselor’s office. After graduating from OCU Law School in December 1980, Marc accepted a position as an Assistant Municipal Counselor. He has also worked as a trial attorney for State Farm Insurance Company and for private firms in Oklahoma City. He has obtained an AV rating from Martindale Hubbell.