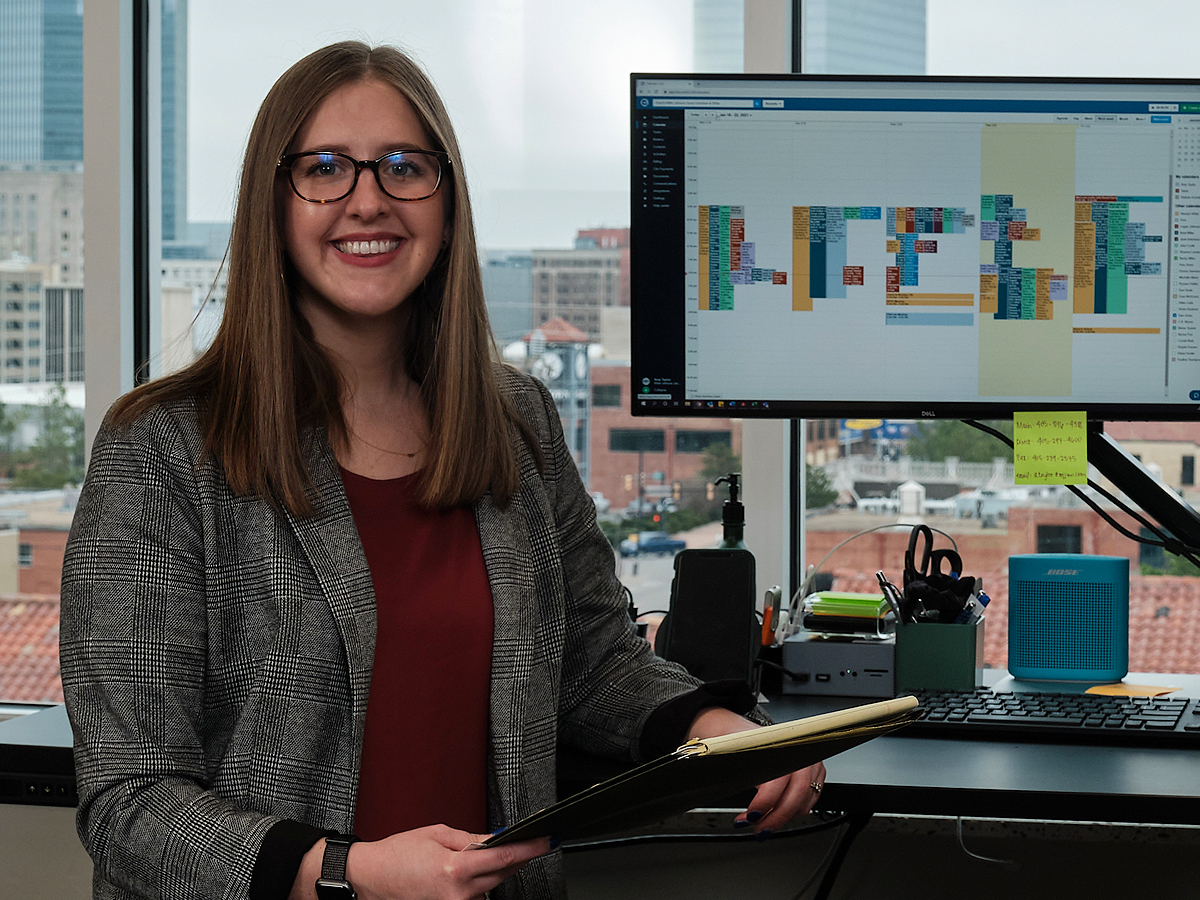 Amy began her legal career at the Cleveland County DA’s office, first as a licensed intern through law school and then as an Assistant District Attorney upon graduating.  While she handled varied assignments while in the DA’s office, the one most special to her was serving as the juvenile deprived attorney, which allowed her to help protect abused and neglected children. In her years in the DA’s office, she took several cases to jury trial. Amy joined MJJAW in January 2021 to broaden her opportunities to help people with their legal concerns.

Amy and her husband PJ live in Norman, OK with their two dogs, Trixie Boomer and Georgie Reid. Amy and PJ, along with Amy’s sister and brother-in-law, own The Meating Place BBQ & Bar in Norman, OK. Amy and PJ love to travel, spend time with friends and family, and cheer on the Kansas City Chiefs!

•  University of Oklahoma, BA with distinction, 2014